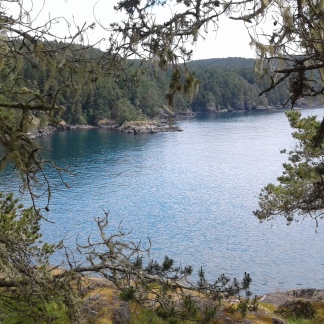 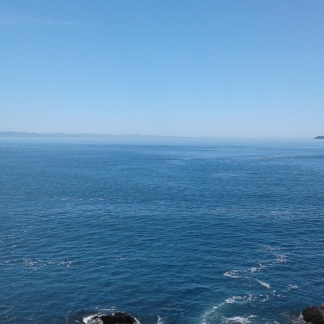 East Sooke Regional Park covers one thousand four hundred and thirty three hectares of Metchosin and East Sooke. Its south border is along the open ocean waters of the Juan de Fuca Strait. The park is in the communities of Metchosin, Sooke and East Sooke which makes it a park of the Capital Regional District of British Columbia as well as park of the Juan de Fuca Electoral District. Formed in nineteen seventy after both mining and logging activities occurred, this is a great place to enjoy a walk in the second growth forest and protected coastal landscape.

Stroll along some of the easier pathways for a tranquil trek away from the everyday. Or plan a challenging excursion for a few hours as this park has the terrain for all.  There are fifty km of trails that weave their way through the ecosystems of this park. Most of the trails are well cut and signposted. They interconnect and provide splendid hiking in the second-growth coastal forests and meadows to the rocky shores of coast beaches. Enjoy the peaceful forests with trickling creeks and inspiring ocean views on your visit to East Sooke Park. There are two main access points into the park and four smaller ones. Pike Road Trail and Ayland Farm Trails have the larger parking areas but consider access from Endurance Ridge, Copper Mine or Silver Spring trailheads.

The most western access in to the park is from the end of Pike Road hence Pike Road Trail into East Sooke Park. The pathway from the tiered parking area is near the sign with a map. There are toilets at this trailhead. The wide trail connects to the western end of the Coast Trail about one and half kilometers meters along. From the parking area the pathway is a well-trodden reclaimed logging road that winds through the spruce, cedar and hemlock forest to Iron Mine Bay and beach. This fern and salal lined pathway is a good route for strollers and wheel chairs for heading down to the shoreline. There are two branches off of Pike Road Trail. One branch heads up to Mount Maguire and Anderson Road Trails the other branch leads to Pike Point both of which are described below.  The section of the Pike Road Trail that leads down the beach is rough with many tree roots, so plan for ahead for the walk down to the water. At low tide, the small cobble and sand beach is a great place to wade and for those who may want to swim. The water is cold year round but don’t let that stop you on those hot summer days. The rocky shores host many sea creatures that can be seen at low tides. At high tides the waters of the Strait of Juan de Fuca rise up to the rocky shoreline in most areas. There is small islet in the Iron Mine Bay that can be accessed at lower tides. The bay is named for the mining activities in the area where iron ore was extracted over a hundred year period prior the formation of the parkland.

Head further west from the Pike Trail to reach Pike Point. The access point is from either along the Pike Road Trail or from the Iron Mine Bay. Soak in the energy from tall hemlock, spruce, arbutus and cedar trees as you navigate the boardwalk and natural rock stairs to reach the viewpoints. There are smaller pathways that branch inland which will eventually connect to the Silver Spray Drive and Iron Mine Hill.  From the viewpoints at the end the Pike Trail appreciate the views of the Pacific Ocean and Olympic Peninsula to the south. These waters are frequented by whales, seals, sea lions and many ocean going vessels. Secretary (Donaldson) Island lies off shore where the marine life and the boats being used for fishing can be observed moving in the tidal currents. This island can be reached with vessels from Sooke Harbour. It was charted at Secretary Island on initial charts although renamed to include the mining settler Alexander Donaldson who farmed lands off of Sea Spray Drive in the early nineteen hundreds. There is a historical monument along the Sea Spray Drive that notes the history of Mr. Donaldson.

Heading east from Iron Mine Bay is the Coast Trail, a ten kilometer trail. This trail is dynamic with many narrow, steep and twisted sections to traverse around the rocks, ravines and shore line. It is suggested that about three or more hours are needed to complete the Coast Trail. This is partly due the sinuous nature of the trail and the fact that the views of the shoreline and ocean water will slow even the most energetic hiker.  The Coast Trail eventually reaches to Aylard Farm area and connects with trails in the park including Pike Creek, Mount Maquire Trail, Copper Mine, Park Heights and middle connectors that join with the Interior Trail.

A very popular area for hiking is the trail to Alldridge Point. An interesting article presents a version of the story of the elephant seal “skimming” petroglyph on Alldridge Point in East Sooke Park.

The eastern end of the park hosts an area called Aylard Farm. This reclaimed farmland area is abound with picnickers on sunny days as well as those looking for easy to challenging excursions. A ten minute walk along the pathway though grass covered fields leads to a small sandy beach and views across the Strait of Juan de Fuca. A picnic shelter, benches and toilets can be found near here. There are a few old fruit trees and many old roadways in this area that make a lovely walk in your back yard. From the shore line trails lead both east and west. There are plenty of rocky outcrops where you can find inter-tidal life and maybe watch a river otter scurrying across the shore.

The shoreline trails branch in both directions: east toward Becher Bay and Creyke Point as well as west to connect with the Coast Trail as well as the option to head inland to forests with occasional hilltop views. Creyke Point Trail passes by some large Douglas fir, western hemlock and Sitka spruce trees. Many of the trees close to the ocean are small as the soils in the coastal areas are thin and the winds off the strait are harsh. Creyke Point Trail circles back to the parking area. This point of land was named after Richard Boynton Creyke who was a survey officer for Captain Kellett in eighteen forty six.

Continue along west from the beach to Beechey Head by following the trail markers. The coastal area toward the sea lion petroglyph, located near Alldridge Point, supports Garry oak, arbutus and shore pine trees.  Then loop back to the parking area at Aylard Farms along the Beechey Head trail and fire road. Captain Kellett also named this high prominent land feature after RN Captain Frederick William Beechey, an Arctic navigator and geographer again in eighteen forty six.

On the north side of the park is the Endurance Trail with its rapid ascent to the ridge from Mt Maquire and Babbington Hill. Lieutenant Rochfort Maguire on HM Herald, surveying vessel is the name sake for this summit which was surveyed in the eighteen forties. Curiously Babbington Hill was once named Signal Hill but the name was changed to avoid confusion with the hill of the same name that is in Esquimalt. This hill is was used for triangulation navigation and there are markers at the old summit station located at N48º 19’ 55”  W123º 39’ 25” The new summit is west 30 degree minutes.

On the western side of the park are several access points that are mentioned in separate posts. Anderson Cove, on the Sooke Basin, is the starting point for hikers heading to Babbington Hill and Mount Maguire. Copper Mine Trail and Park Heights Trail lead from the end of the respective roads to these hilltops where bald eagles and red-tailed hawks join the occasional vulture on the wind drafts while taking in far-reaching views of the Olympic Peninsula in Washington State.

The second growth forest of East Sooke Park are characterized by the Western Hemlock. The forests were selectively logged and the shore line has been used for fishing yet the parkland retains isolation and remoteness. When you walk in this park be prepared for weather changes and let someone know where you plan be go and return.

Pike Trail – East Sooke Park can be reached from the Trans Canada Highway. Take the Langford Parkway exit and follow along to reach Sooke Road (Hwy 14). Follow highway 14 to Gillespie Road. Follow Gillespie Road to reach East Sooke Road. Turn right onto East Sooke Road and continue along the roadway reach the turn left onto Pike Road. There is an upper and lower parking area off Pike Road. This park is seasonally monitored by volunteers with the Juan de Fuca Parks.