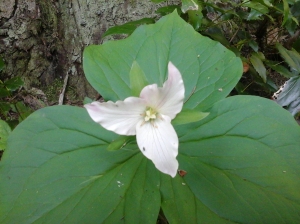 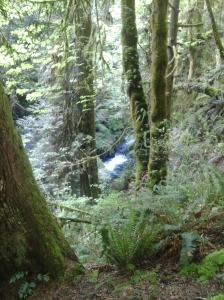 Walks in Your Backyard

A pocket guide to Langford’s Parks, Gardens, and Green Spaces

All rights reserved. No part of this publication may be reproduced, stored in a retrieval system, or transmitted.

Emerald rolling hills combined with views of the waters of Saanich Inlet and Juan de Fuca Strait from the rocky summits of Mount Finlayson, Mount Skirt, Mount Wells and Mill Hill, Langford has some spectacular landscapes. As one of thirteen communities in the Capital Regional District of British Columbia, the City of Langford is located on the southern end of Vancouver Island, B.C., Canada. Incorporated in nineteen ninety-two, it is named after a ship captain come bailiff and farmer who arrived in eighteen fifty-one. Although Captain Edward Edwards Langford acquired property on the west shore of Esquimalt Harbour south of Mill (initially named Rowe) Stream, he returned to England ten years later. As part of the West Shore, formerly Western, Communities, the City of Langford, lies west of Victoria, B.C. Pioneers in this area were part of the District of Esquimalt which was encompassed by the Capital Regional District after which the City of Langford became known. Many of the parks, playgrounds and green spaces in this city are managed in conjunction the CRD.

This municipality has some wonderful areas for walking and hiking. Langford is bordered by Colwood, Highlands, View Royal and Metchosin. It borders on the waters of Finlayson Arm which is part of Saanich Inlet. Goldstream River Provincial Park and three regional parks (Thetis Lake, Mill Hill and Mount Wells) are within its borders. Neighborhoods within North Langford are Thetis Heights and Millstream, Florence Lake, Bear Mountain, Raven Woods and Goldstream. South Langford neighborhoods are Langford Lake, Mill Hill and Downtown, Glen Lake, West Hills and Happy Valley. The north and south sides of the City of Langford have a diversity of parks, playgrounds, and green spaces.

The northern border of Langford is formed by Goldstream River Provincial Park, the District of Highlands and Thetis Lake Regional Park. Langford extends westward to the Sooke Hills Wilderness Park Reserve, the District of Metchosin and Olympic View Golf Course. South of this border is the City of Colwood while the Town of View Royal lies to the east. This blog describes the parks, playgrounds, and green spaces within the four thousand one hundred and forty six hectare area that forms Langford. Its goal is to encourage you to explore your neighborhood by foot. They are listed from north to south using a brief description of the nature of each park with directions. The geographic coordinates are not finite and should be used a reference. Each place takes less than an hour to explore. There are stimulating walks and breathtaking sights in your backyard. It is a great way to get out of your house with limited use of your car. Walking is established residential areas have the added bonus of frequent rest stops for young and old.

As all else, trails are altered and the conditions of the parks, playgrounds and green spaces that I describe in this blog change. I ask that you help to keep this information current and useful. For the enjoyment of all parks, playgrounds, and green spaces, please carry out any litter, respect adjacent property, pickup after your dog and maintain control of your dog and leave the wildflowers, mushrooms or other vegetation where they are growing for enjoyment of all.

Exploration is footsteps away in your backyard.

All Fun Recreation Park and Campground