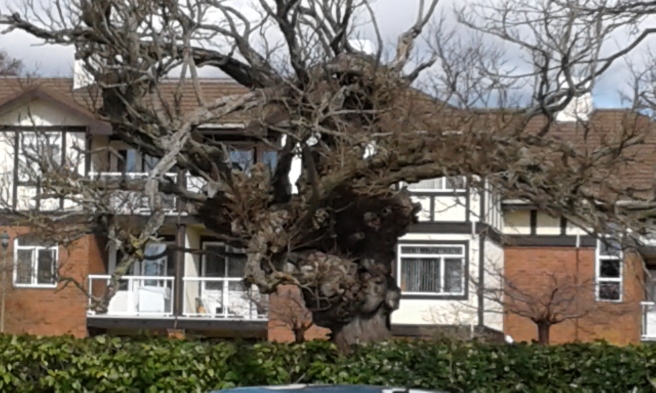 Saint Patrick’s Perish Green Space is in the seaside community of Oak Bay, one of thirteen areas of the Capital Regional District of British Columbia. Initially called Willows Church the building was on a large open field and was created in nineteen twelve. Shortly thereafter it became the original perish for Lady of our Lourdes and was the first Catholic church in Oak Bay. At that time the street, now called Haultain, was called Third Street. This original structure is the Poor Clare Sisters chapel while the new perish was built in nineteen sixty and renamed by the Reverend Father William MacDonald as St Patrick’s. The affiliate elementary school is in Saanich, B.C. St. Patrick’s Elementary school was founded in nineteen fifty-four. A small grass covered area lies to the east of the perish while most of the land is private condo property. Cedar hedge trees and various shrubs forming the green scape around the large asphalt parking lot.

Saint Patrick’s Perish Green Space can be reached from the Trans Canada Highway. Continue along the Hwy 1 into Victoria as it becomes Douglas Street. Turn off Douglas onto Hillside Avenue to head east. Stay on Hillside Avenue as it becomes Lansdowne Road. Continue along Lansdown Road to reach Foul Bay Road. Turn right onto Foul Bay Road and continue to Haultain Street. Turn left and look for the green space on the left. There is some street parking. City buses travel along Foul Bay Road.