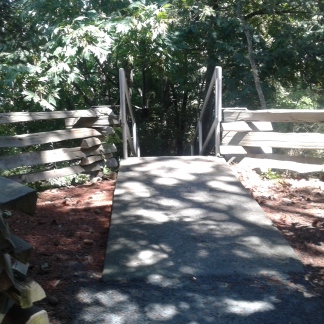 Wurtele Park is in the seaside community of Esquimalt, one of thirteen communities in the Capital Regional District of British Columbia.  At just under a half of a hectare, Wurtele Park has a concrete pathway that leads through a urban forest from Wurtele Place to Lockney Road. There is a set of fourteen stairs with handrails and split cedar fencing. Enjoy the Douglas fir, Garry oak arbutus trees, shrubs and mosses that shade the rocky outcrops along the foot path. A rough pathway leads off the concrete pathway to the top of a  large rocky outcropping which is a good place for a rest. Mr. Alfred Charles Wurtele served on the H.M.C.S. Patrician stationed in Esquimalt in the mid nineteen twenties.  He later served as a councilor and reeve of Esquimalt during the later nineteen forties to the sixties. He was honored as the original recipient of a Freeman of Esquimalt. Wurtele Arena is named in his honor. Esquimalt High School Green Space, Lampson Lions Park and Highview Park are nearby. The E&N Railway Trail passes right beside this park. The pathway is frequently by runner, walkers, hikers, dog walkers, cyclists and other outdoor explorers.

Wurtele Park can be reached from the Trans-Canada Highway (Hwy1) Exit onto Tillicum Road to head south. At the junction with Craigflower Road continue to along as the road curves to become Lampson Street. Take the second right onto Wurtele Place, just past the railway trail and track. There is street parking near the end of the road. Buses travel along Lampson Street.