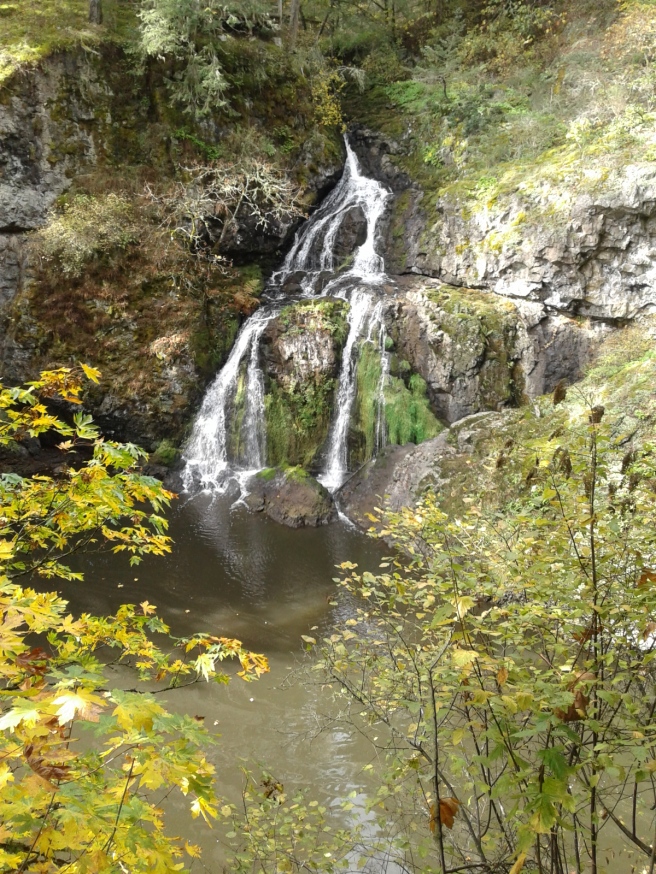 Witty’s Lagoon Regional Park is composed of a diverse number of habitats over the 560 square kilometer (56 ha/138 acre) park. With five kilometers of woodland trails, a salt marsh, meadows, and a tidal lagoon this is a comprehensive nature appreciation park. Witty’s Lagoon Park is in the District of Metchosin, a coastal community in the Capital Regional District of British Columbia. Witty’s Lagoon is wheelchair-accessible and was created in 1969 then became a CRD park in 1986. Along with its diverse habitats is the flora and fauna that accompanies the various habitats. In spring, the open meadows above the lagoon contain a brilliant array of wildflowers including camas lilies, saxifrage, and nodding onions.  Witty’s Lagoon is a stopover for migrating birds such as osprey before they attempt the 13-mile (21-km) crossing of the Strait of Juan de Fuca to the Olympic Peninsula. Other birds, such as the belted kingfisher, orange-crowned warbler, and dark-eyed junco overwinter in the shelter of the lagoon. Migratory birds that stop in the lagoon include sandpipers, turnstones, and surfbirds.   The Bilston Creek watershed forms the small valley and contains a soothing waterfall called Sitting Lady Falls. If you approach the beach at Witty’s Lagoon from the Sitting Lady Falls or main entrance, the waterfalls can be observed from several vantage points. The water from Bilston Creek spills through a cleft in the granite. The park has plenty of berry bushes in summer and apple trees in the autumn. The marshland is lined with Garry oak and arbutus trees. Stop at the information display to learn more about the natural history. There are several bridal trails in the park that are frequented by equestrians year round.

Tower Point is also part of Witty’s Lagoon Park but is separate by a tidal sandy beach area. A short trail leads to a small beach at Tower Point where the ocean has hollowed tide pools in the granite outcropping. A rich variety of marine life shelter in the pools and stand revealed at low tide. Bring your rubber boots. You’ll also be rewarded with good views from here of aptly named Haystack Islands, where long, thick strands of grass grow in the shape of old stacks. Harbor seals can be seen sunbathing just off shore from Rocky Bluff Trail on Tower point. Farther out in the strait are the Race Rocks, Canada’s most southerly point on the west coast. Hurricane Ridge in Washington States Olympic Mountains forms the plateau on the distant southern horizon.

Witty’s Lagoon can be reached from Highway 1 when you exit at the Millstream Veteran Memorial Parkway exit. Head south along the Veteran Memorial Parkway to reach Latoria Road. Turn left onto Latoria Road and continue along to each Metchosin Road. Turn right onto Metchosin Road and look the parking area for Witty’s Lagoon across from the golf course.  Park near the nature house and the other which provides wheel chair access into the park. This is well-marked trailhead at Sitting Woman Falls is located opposite the Metchosin Golf Course.   Tower Point parking lot is near the junction of Olympic View Road and Bradene Road.Additional access points into the park have limited parking including along Metchosin Road, Duke Road, via the very long  staircase at the end of Witty Beach Road, Bradene Green Space and the end of Cliff Drive.